Fix MSVCR110.dll is missing when starting up WAMP

This can be happen when new OS has been installed..Apache needs this dll file

so here is the link:

Just download those files and then install and open WAMP ..It will run smoothly without any kinds of errors 🙂

This linked helped me a lot

Here I got hints

So I did just like this
Turn off Virtualization from Your BIOS then open the windows.. I am using windows 7 64 bit home basic 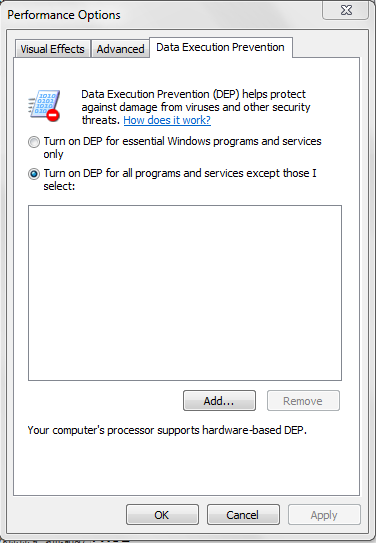 Then restart the computer..

It will work like a charm if the steps follows perfectly 🙂

Check the virtualization from CMD by typing > “systeminfo”

C++ is a OOP Version of C…
A class is a blueprint of an object…..Basically a object is created from class

Here we are declaring two objects of a class Box

Data hiding is one of the important features of Object Oriented Programming which allows preventing the functions of a program to access directly the internal representation of a class type .The access restriction to the class members is specified by the labeled public,private and protected sections with class body.The keywords public ,private and protected are called access specifiers.

A class can have multiple public,protected or private labeled sections.Each section remains in effect until either another section label or the closing right brace of the class body is seen.The default access for members and classes is private.

A public meber is accessible from anywhere outside the class but within  a program.You can set and get the value of public variables without any member function as shown in the following example:

A private member variable or function cannot be accessed or even viewed from outside the class.Only the class and friend functions can access private members.

By default all the members of a class would be private, for example in the following class width is a private member, which means until you label a member, it will be assumed a private member.

Practically we define data in private section and related functions in public section so that they can be called from outside of the class as shown in the following program.

A protected member variable or function is very similar to a private member but it provided one additional benefit that they can be accessed in child classes which are called derived classes.

We will discuss derived classes and inheritance in next .But here I have derived one child class names SmallBox from a parent class Box

There are some arrors in teh code  I will fix thsi later..