You should learn programming not Tools !

Stay focus…Stay consistent…Learn the basics and rest of the life try hard to learn more….Be a programmer !

Tagged be a programmer! 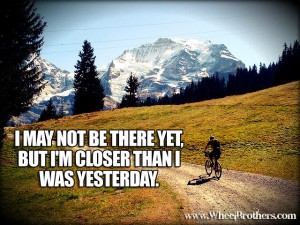 Tagged may not be there yet, motivation

Here this links may help

UML Extend When and How

Tagged UML Extend When and How

Started Game Development with Unity 3d in this Semester

Now I am in level 3 Term 3…..Alhamdulillah…….I have a course in this semester that has also marking…So I am trying to build games for many days …Now my dreams are becoming true….I am developing games also 😀

Sir game me a assignment that Roll- A -Ball with unity3d but now I am almost noob in unity but will try to hard to make this assignment based project complete.

I believe start small think big…So I am trying….Pray for me that I can succeed

One of the most important conecpts in object oriented programming is that of inheritance.Inheritance allows us to define a class int terms of another class,which makes it easier to create  and maintain an applicatrion.This also provides an opportunity to resue code functionality and fast implementation time.

When creating a class, instead of writing completely new data members and member functions, the programmer can designate that the new class should inherit the members of an existing class.This existing class is called the base class, and the new class is referred to as the derived class.

The idea of inheritance implements the is a relationship.For example, mammal Is-A animal,monkey Is-A mammal hence monkey Is-A animal .And as well as and so on.

where access specifier is one public,protected or private, and base-class is the name of a previously defined class.If the access-specifier is not used, then it is private by default.

consider a base class Shape and it s derived class Rectangle as follows:

A derived class can access all the non-private members of its base class.Thus base-class members that should not be accessible to the member functions of derived classes should be declared private in the base class.

We can summarize the different access types according to who can accesss them in the following way:

When deriving a class from a base class the base class may be inherited through public,protected or private inheritance.The type of inheritance is specified by the access-specifier as explained above.

We hardly use protected or private inheritance but public inheritance is commonly used.While using different type of inheritance following rules are applied:

A C++ class can inherit members from more than one class and here is the exrended syntax:

I have to code

Sometimes frustration happens..But I have to code..

I have to share good with people though they hate me.

There will be haters who secretly wish to be you,If it’s not you are definitely doing something wrong…

Tagged i have to code